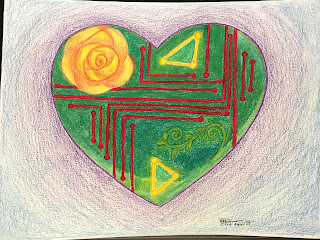 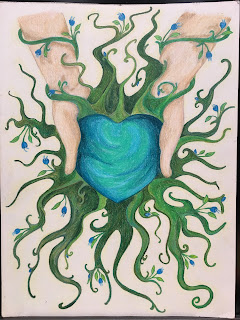 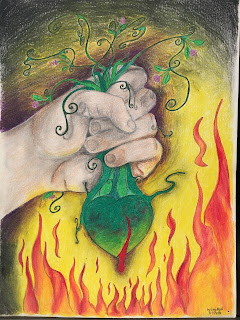 I was severally depressed with suicidal ideation when I did this back when I was 20 years old in 1999. When I showed Robert  I asked him if he knew whose hand it was. He said, "Mine?" I said, "Sometimes." But that's not who it really was. For whatever reason I couldn't say who it was at that time, I think I was too surprised thinking it could be him. But really it was Ojiji, my paternal parent whose actions against me growing up caused PTSD. After I completed it, I instantly wished I could redo the flames in a more realistic way, but oh well.
By Ruth ~ Lady of Radiant Joy at September 02, 2019 No comments: 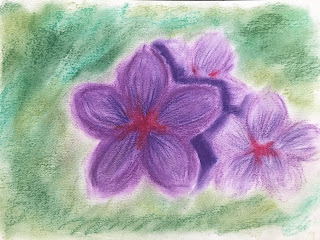 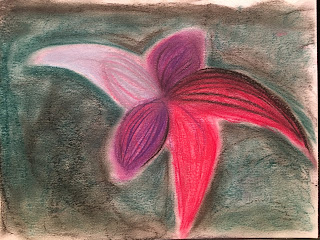 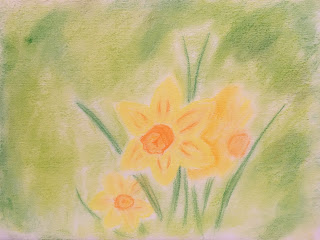 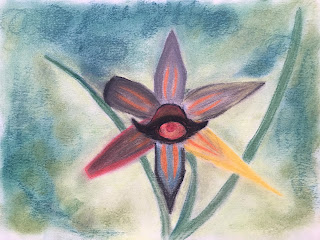 I showed the two to Robert, and when he saw "A Man's Soul" he got quiet. After a moment, I asked him, "Did I get it right?" A heartbeat, then "Yeah." He went back to playing a computer game. It felt strange to do this since it wasn't my lived experience, but I got it right, at least for him, and that was enough.
By Ruth ~ Lady of Radiant Joy at September 02, 2019 No comments:

Mother Earth, and the Synergy Between High-tech Humanity and Nature

A couple of  art pieces I made for my Robert, the best spouse I could have asked for. 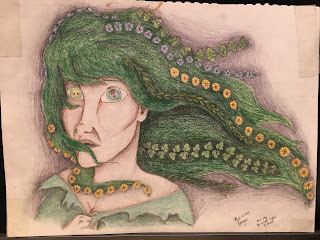 This is all straight up color pencils. I was 19 or 20. Mother Earth, and the way we were dealing with the planet was heavily on my mind, and still is. I made it while working night shift at the gas station. My boyfriend, now spouse, tried to steal it before I was done. I objected. He said, "It looks done to me!" And I was like, "Well, it's not!" I swiped it back and told him he could have it when I was done.  He admitted it was better after I was done with the shading. He still has it, of course. 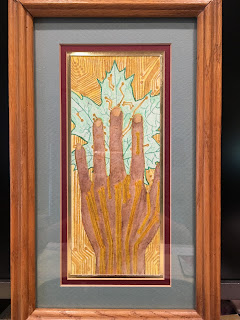 There is a glare with this one, and I didn't wanna take it out of the frame so here it is with some glare. I painted this for my spouse about two or three years ago. It's watercolor and ink, a synergy between our digital high-tech world and the world of nature, which includes ourselves. Also, I'm the tree hugger, and he's the techi (sys admin).
By Ruth ~ Lady of Radiant Joy at September 02, 2019 No comments:

Pencil Sketches created by Past Me.

I decided it was time to share some of artwork. Part of that inspiration, I will say, is because I would love to take part in the newest 78 Tarot deck theme, all about our beautiful planet Earth that keeps us safe from physical oblivion. These are some of my old favorite pencil sketches, that were, I will admit, the easiest ones to nab. I may share other past sketches in the future (though, once shared, aren't they all past sketches?) 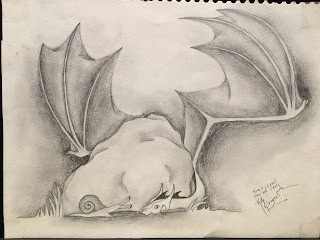 I sketched this out while working at a gas station during night shift. I gave it to my boyfriend now husband (he still has it, of course).  I was 19 years old. 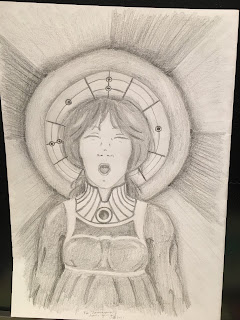 I am not sure when I sketched this out. Within the last five years I'm sure. I believe I sketched it out while playing Exalted. 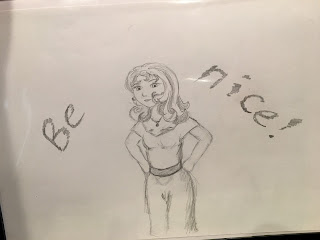 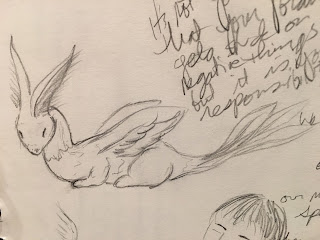 I just think this little guy I made up while doodling and taking notes it just so cute. I made it about four years ago? 5? 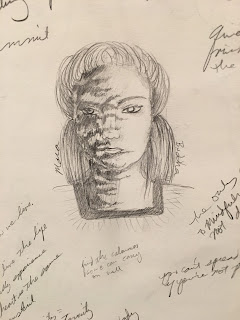 This was a doodle in the notes about Mara and Buddha. I was really struggling at that time with my personal Mara, and it really helped give that aspect of myself a name. This is my favorite doodle. Also done about 4 or 5 years ago.
By Ruth ~ Lady of Radiant Joy at September 02, 2019 No comments: